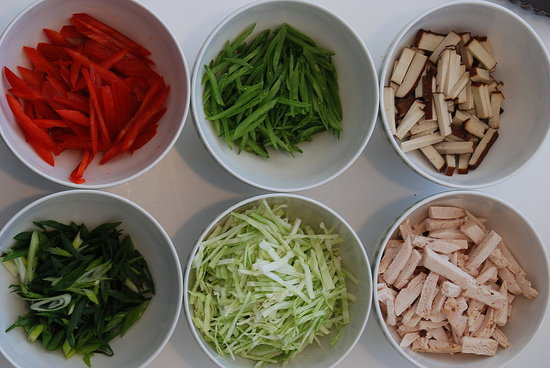 What? I didn’t know what to call this…sort of had the concept of hot pot in my mind, but since each person builds their own version, it’s more a bowl thing than a pot thing. Anyhow, whatever it is, it’s delicious, and fun for a crowd. As I’ve mentioned too many times before, I make rather deconstructed food on 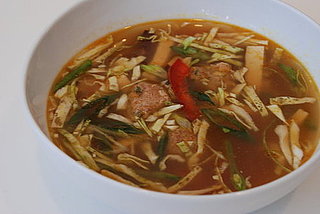 Wild Wednesdays to accommodate the varying tastes of the family. Beef stroganoff, sauce on the side. Spaghetti with meat sauce, meat on the side. Chicken Parmigiana, cheese on the side. I often throw a chicken soup in there, chicken and vegetables on the side.

But last night, since my aunt Mary & uncle Bruce were joining us for dinner, I decided to innovate a bit and add an Asian twist to the soup concept. I loosely had in mind Japanese udon soup, or a Chinese soup with little meatballs or wontons, so I riffed on that. I also wanted to create a healthy-meal-in-a-bowl, and something I could prepare ahead, so that we could eat right away and fly out the door to get the kids to religious school.

So here’s what we had: a fragrant, lightly spicy chicken broth, with optional pork meatballs; thinly 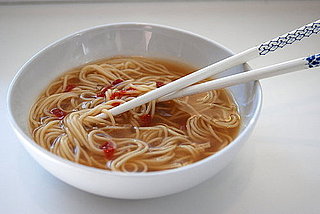 sliced tofu, chicken, and vegetables (cabbage, scallions, shitake, bell pepper, and snow peas); and thin noodles. It was delicious, and pretty (photo above doesn’t do it justice since it didn’t include the noodles – the vegetables and meatballs piled on top of the pasta are gorgeous), light-yet-filling…and fun to build and eat. Bonus: the leftover noodles in broth blow away any version of packaged ramen you’ve never had (photo right, with a squirt of sriracha); I plan to have them for lunch (meatballs and veggies are gone…shucks). Recipe here. 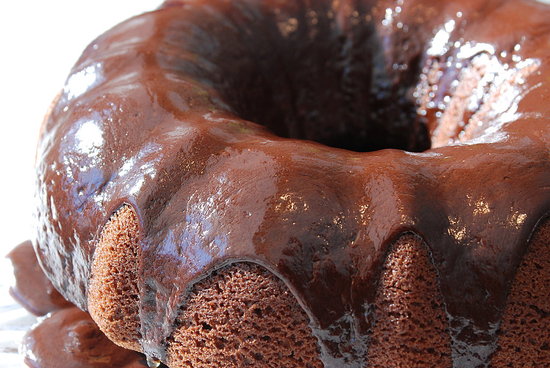 For dessert (we had guests; I pretty much only make desserts for guests), a chocolate cake with killer chocolate sauce – a pre-Valentine’s Day sweet-for-the-mostly-sweet.