Crunchy in a Bad Way 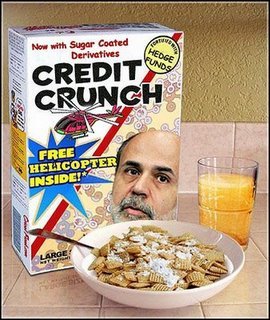 Hey man (my favorite Cooper greeting). Craziness out there these days, I won’t pretend I’m not glued to the web (radio, TV) like everyone else. It’s a wild ride, and more than a bit unsettling – perfect times for making a little dinner (waaaay cheaper than eating out, for one, and healthier and more comforting to boot). As I’ve mentioned, I’ve been in entertaining overdrive, what with Tuesday’s party and another (big one) this coming Saturday. But since Thursday is CSA veggie share day, and I’ve been running on empty for the last several days, I decided ahead of time an uber-nutritious, vegeful dinner would hit the spot.

I didn’t pick up my veggies until 4:30 or so, but since it was just John & me for din, I knew I could improvise. I opened up the box and found – a pint of cherry tomatoes. Yay! I just happened to have a spot of crusty bread as well (leftover from Tuesday night), and Parm in the fridge, so garlicky cherry tomato & bread gratin they

became. Oooh, that dish is sick it’s so good – and it’s crazy-easy as well. It’s all about good tomatoes, so make it when you can source the real deal (garden, farmer’s market, CSA share – whatever works).

While I could eat just tomato gratin for din, I knew John would be left wanting, so I also roasted the broccoli, included as well in my box of veggie treasures, and made – don’t die of shock – another frittata, this time with veggie-share spinach and leeks. Easy. Nutritious. Cheap. Delicious. All good.

(Unlike last night, when I made french onion soup for dinner. Oh it tasted yummy – to John and me. The kids? They didn’t hate it, but one ate only the broth and bread – no cheese, no onions – the other ate only the cheese. If we had a third who ate only onions, they could all have shared a bowl. Right.)

To come full circle, here’s a cheer-up pic of the lovely, creamy bouquet of roses I bought at Whole Foods on Monday. So pretty, roses, even the virtual kind. G’night!

Moderate it: it’s nice to have a meatless dinner a couple of times a week. Cheap too. Give ‘er a go, I’ll bet you won’t miss it one bit.