So Many Chateaux, So Little Time 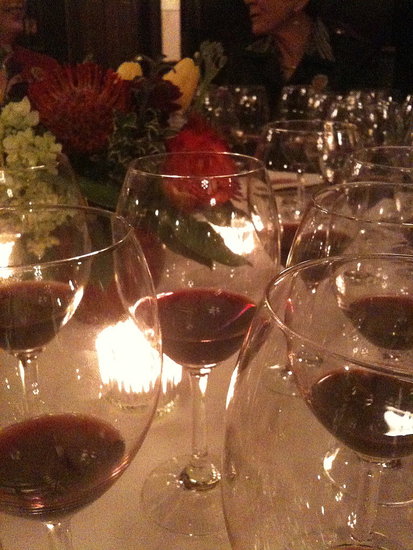 As usual, The Minneapolis Club’s executive chef John Thompson and staff created a lovely menu to pair with the wines: 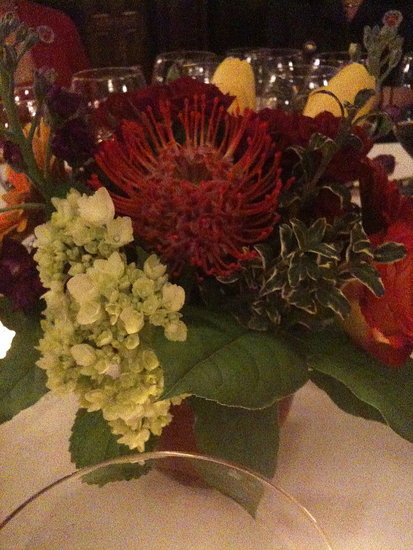 All of the wines were oustanding – for me, an incredible grouping.  The food-wine pairings were interesting as well, in particular the rich and gamey, crisp-roasted squab with the La Mondotte 1997, a truly spectacular wine.  From Robert Parker: “94 points, an amazing effort and unquestionably one of the wines of the vintage, La Mondotte’s 1997 boasts a saturated purple color as well as an explosive nose of blackberries, violets, minerals, and sweet toasty oak.  Huge and massive, yet gorgeously proportioned, it possesses an unctious texture with no hard edges.”  To me it smelled heavenly and tasted smooth, earthy, rich…and French.  How amazing to be able to taste such a special wine, certainly not something I’d be able to do without Debbie & Stu’s generous invitation, so yet again, I thank them.

The only drawback to attending Commanderie dinners is that I am next to worthless the next day – so lame.  Although perhaps it’s a good thing that my body just can’t take such a massive infusion of rich food and wine.  Instinctive moderation.  I like it.