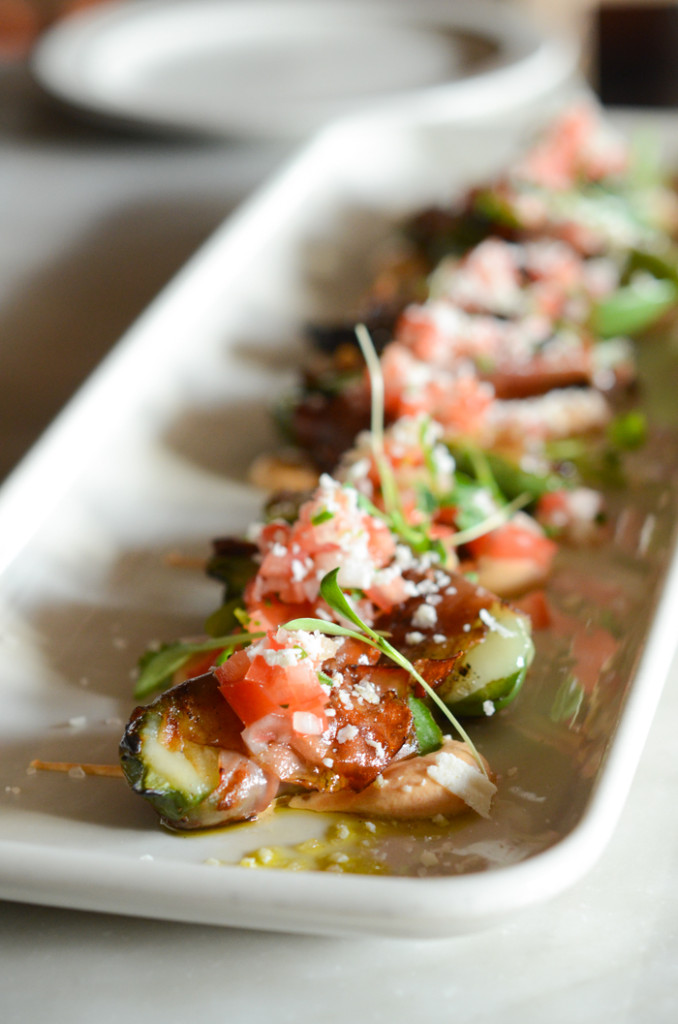 I was at Kitchen in the Market last week signing copies of Twin Cities Chef’s Table, and while checking out their retail offerings I was pretty stunned to see how many fantastic Minnesota cookbooks are on their shelf! You guys, Minnesota has had a banner couple of years, absorb this:

Not to mention these other fantastic, local books:

For a well-researched, highly entertaining list of local food gift ideas, do not miss The Heavy Table’s holiday gift guide. This is what gift guides are supposed to do – break you out of your rut and suggest beautiful, useful, delightful presents to delight your friends and family.

Garrison Keillor would be so proud.In honor of the fabulousness, as well as in celebration of the KICK ASS week I had last week, getting the chance to chat about food and restaurants with both Kerri Miller of Minnesota Public Radio and Rick Nelson of the Star Tribune IN THE SAME WEEK (listen/read here), I’m sharing another recipe from Twin Cities Chef’s Table. Given it’s party season, I think Chef Jack Riebel’s Jalapeño Poppers might be just what you’re looking for, whether you’re throwing your own fete or bringing a dish to someone else’s.

For a taste of a few other recipes from the book:

Note: poppers, chipotle cream, and pico de gallo can all be made one day ahead; cover and refrigerate. Bring poppers to room temperature before baking.

Fill a Dutch oven or other large pot with water and bring to a boil over high heat. Fill a large bowl with ice water and set aside.

Meanwhile, wearing gloves to protect your skin from the peppers’ oils, cut jalapenos in half lengthwise. Remove and discard seeds. Blanch peppers in boiling water for 1 minute, drain in a colander, then quickly transfer peppers into ice water bath. (Blanching reduces the heat of the peppers, while the ice water bath maintains their crunch by halting the cooking.)

Cut the fontina cheese into approximately 1-inch by 3/8-inch pieces (or pieces that will fit snugly into the jalapenos, depending on size). Nestle cheese into the halved jalapenos and wrap the peppers and cheese with thinly sliced Serrano ham.

Place wrapped jalapenos on a lightly-oiled or parchment-lined baking sheet and bake them for 3-4 minutes or until the cheese is melted and the ham is crispy. (Alternately, you can grill the poppers on a hot grill.)

To serve, smear a dollop of the chipotle cream on a serving plate, then settle poppers on top of the cream. Spoon the pico de gallo over the poppers and top with cotija cheese, a drizzle of olive oil,  and a few sprigs of fresh cilantro. Serve immediately.

Combine all of the above in the bowl of a blender. Blend on medium-high speed, drizzling in soaking liquid as necessary to reach a creamy, spoonable consistency.

Combine all of the ingredients in a medium mixing bowl. Add salt to taste.