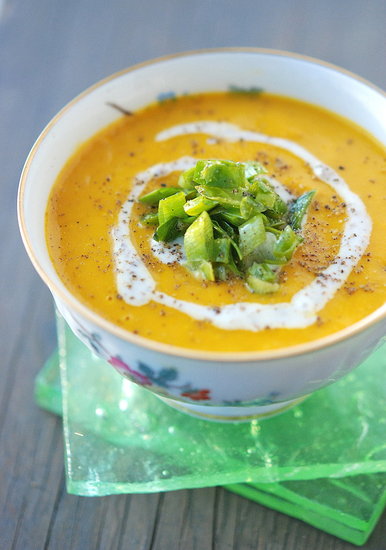 If you’ve been missing the locally produced online documentary series The Perennial Plate, don’t fret: It’s online! Which is good, because once you start watching, you won’t be able to stop. The series—hosted by chef/activist Daniel Klein and filmed by cameraman/editor Mirra Fine—just wrapped its first year of weekly episodes documenting “socially responsible and adventurous eating” in Minnesota.

I’m hardly the series’ only fan, which is syndicated by no less than The Huffington Post, Serious Eats, Grist, and Cooking Up a Story. It turns out that eating locally and sustainably in Minnesota is playing to a national and international audience.

For year two, starting pretty much right now, Daniel & Mirra are hitting the road for a Real Food Road Trip, traveling the country to explore real American food and the people who make and eat it. Viewers of the series will contribute story ideas and vote on destinations via The Perennial Plate website. Cooking, eating, and filming will ensue.

If you dig the concept, and admire their stunning cinematography, join Daniel, Mirra, and many avid fans on Saturday, April 16 at Two Pony Gardens in Long Lake for a send-off party and fundraiser. Daniel will be making pizzas using Two Pony host Lisa Ringer’s sourdough starter and outdoor pizza oven. I suspect Mirra will have a camera in her hands. Music, drinks, and a silent auction will fill out the evening.

Until then, make this gorgeous carrot soup—Daniel’s recipe—immediately. Seriously, it’s the best carrot soup I’ve ever had. My husband said exactly that when he took a bite. I love the way flavor is layered into the soup, the yogurt garnish, and in the taste-like-spring daylily sprouts. The sprouts in the soup picture are from Daniel and Mirra’s house, where they were popping up in a sunny spot along their foundation just last week.

Spring is indeed coming. Enjoy a bowl of it.

Preheat oven to 400 degrees F. In a large bowl, toss carrots with a generous drizzle of extra-virgin olive oil, 1 tsp. of honey, and a sprinkle of salt. Spread carrots on a baking sheet and roast until slightly caramelized, about 15-20 minutes. Remove carrots from oven and set aside.

In a large saucepan, melt butter over medium heat. Add the leeks with a pinch of salt and saute until translucent, about 8 minutes. Add the roasted carrots and cover with water or vegetable stock. Add the sachet and simmer uncovered for 30 minutes. The carrots should be soft but not mushy. Puree in a blender with 1 Tbsp. vinegar, adding more water or stock to achieve desired consistency. Chill the soup. Before serving, taste and add vinegar, honey, and/or salt to correct seasonings.

Serve chilled soup with a dollop (or swirl) of yogurt, the daylilies, and a drizzle of extra-virgin olive oil.